ServerPilot comes with a default firewall which is enabled and comes in the form of a toggle in the ServerPilot control panel. 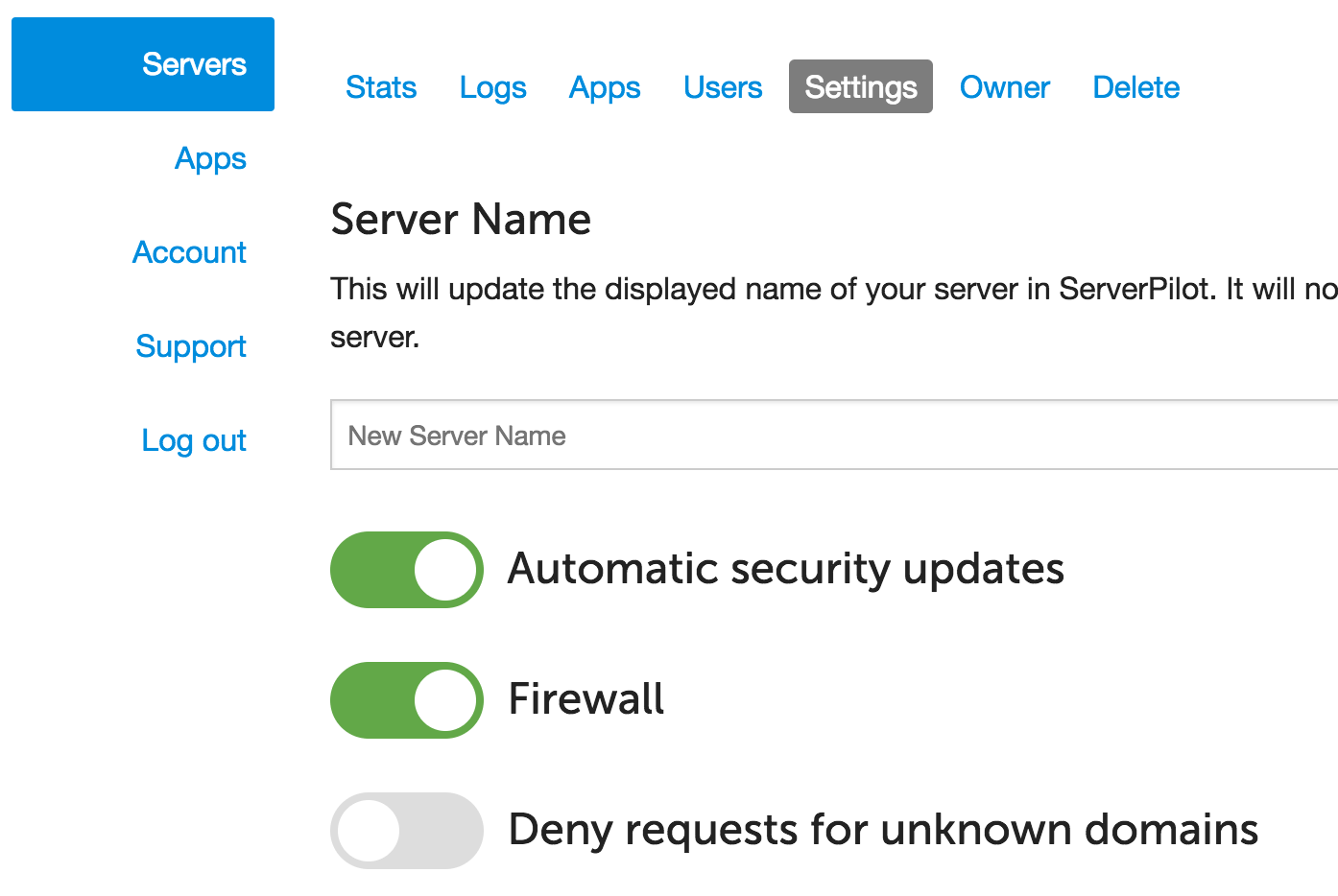 The panel is a front for the ufw (uncomplicated firewall)  app which in turn is a front for ip tables but with a lower learning curve, by default the below rules are the allowed incoming rules.

(And also their equivalent IPv6 rules)

So SSH, HTTP, HTTPS and BOOTPC incoming protocols are allowed.

You can swap the Port 22 in SSH for a more obscure port number such as 2222, the default Port number 22 is constantly bombarded by malicious scripts so it’s a recommendation to change it.

– check the firewall with

You should see all the rules.

Add the new port 2222 and check the status again.

Look for the port number and change appropriately

That’s it – any future SSH connections will only be accepted over Port 2222, make a new connection and try using ssh using

ServerPilot will operate the normal way as it’s connection to the server is independent of SSH – the only caveat is if the ServerPilot is toggled off/on the default rules will override your modifications.

This will put you in control of the firewall but keep the ServerPilot one off – if it is swapped back on it will override.

The above guide was based on a Vultr instance but similar such as Digital Ocean will be the same.