node.js allows you to run javascript in the Terminal as appose to a regular browser which makes for a modern workflow in web development, with both node.js installed and a package manager called npm (Node Package Manager) also installed, which can manage other packages that work with node.js, one of the main ones being gulp.js for a web development workflow.

(If you have a Homebrew set up you can also install NodeJS with that).

To install node.js on macOS Big Sur, Catalina (and earlier OSX versions) you can download a pre-compiled binary package which makes a nice and easy installation. Head over to http://nodejs.org/ and click the install button to download the latest package. Either version is Ok, if you are new to it best to use the LTS recommended version. 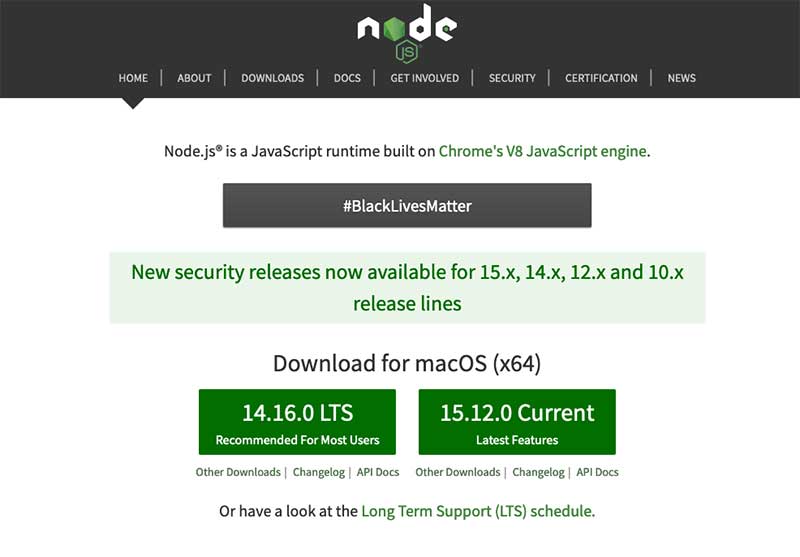 Install the package from the .dmg by following along the install wizard which will install both node and npm, npm is Node Package Manager which allows for installs of additional packages for node.js. 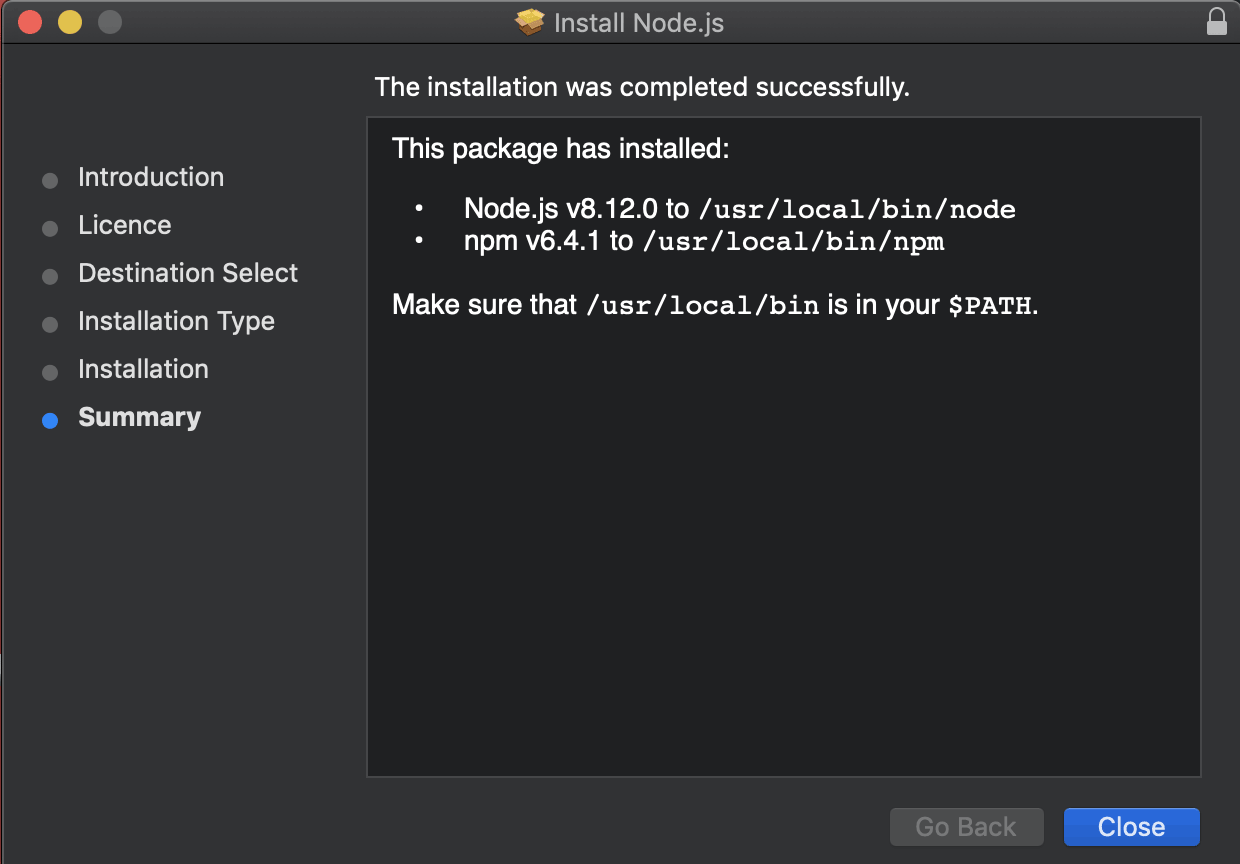 At the end of the install you are prompted to make sure that /usr/local/bin is in your path, double check you have it by running in the Terminal:

If not add it in either .zshrc in your home directory.

After install check it was ok by entering in the command line node which will open a node javascript session:

If you have an earlier version of node you can just download the latest version and install to upgrade it and it will over write the previous version.

To check your version of node run …

There are many packages for Node such as the popular gulp.js, you use the command npm to see a complete list run:

This will return an exhaustive list of available packages, to install a package run npm install

Then update the packages…

The package.json file will also update the version numbers

If you haven’t already installed the packages…

To sudo or not to sudo

It is cleaner not to use sudo when installing npm packages there are a couple of options here on how this is done.

To upgrade node.js itself on macOS just download and install the latest from nodejs.org – this will simply override the previous version and keep all your packages that have been already installed.